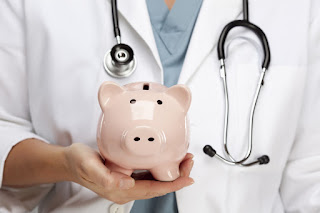 Before I started working with Healthcare, I was a big fan of a single payer system. The more involved and the more understanding led me to a position that I do not believe single payer is possible in the United States. I can say this due to the continuous exploitation of sick people and tax dollars by unethical individuals. Here are some examples:

1. I am a veteran that does not like the VA. I remember the hanging fluorescent tubes from the ‘70s. It has been rocked by countless scandals throughout the years. Whether it is document shredding the applications of Veterans; to bonuses paid to poorly behaving employees; to waiting lists for waiting lists. They may do some good treatments however it needs to be overhauled at the least or dismantled at the best.
2. Medicare is another American System that people talk about expanding because of low administrative costs. We see abuses in Fraud and False Billing. It is a team event of ineffective management on the government level and unethical health providers.
3. Medicaid more Fraud.

The problems stem from poor enforcement of the administrators married up with ethically challenged health providers. The focus has shifted from taking care of the clients to a shell game of how money is taken in by various providers. Planned Parenthood videos in 2015 for money for time or space for tissue. Taking money for drug trials. The University of Pittsburgh Medical Center and it’s questionable nonprofit status. Our traditional Healthcare Centers focused on healing the sick have become profit centers run by unregulated businessmen to line their pockets. One of the major hands off policies is the Affordable Care Act’s Navigator Program. The intent was to provide a resource for the community to go and receive initial assistance with enrolling with insurance. A great idea since the CDC recognized the average person does not have the skill set of an Health Insurance Agent. Many of these programs are placed in community clinics and other health providers to provide immediate access for the uninsured. All initially good ideas however along the way was twisted into a revenue stream.

This is normally regulated by the office of the insurance commissioner however to bypass the consumer protection laws a hands off approach was used. As a state, $10 million from the state budget was dedicated to supporting this navigator program instead of developing a less expensive, better functioning private market. These funds are paid to the Health Benefits Exchange, who disperses the funds to partner organizations. The partner organizations then pay 75% of the tax dollars to the navigator groups and provide a bonus of 25% of tax dollars when they meet their sales goals. Yes, we are using tax money for sales bonuses sold in a manner not regulated by our states Insurance Commissioner. 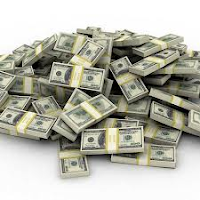 Last year, a documented a Bait and Switch surfaced from one of these navigator groups when the Health Benefits Exchange was approached, nothing occurred over this despicable practice. As far as anyone can tell these poor practices exist today being funded by our tax dollars. We need to move away from the single payer, no one responsible model and back into a regulated market model focused on helping clients.

Popular posts from this blog

April 15, 2020
Enrollment Centers in Washington State are unique as people are able to get help with out extra charges.

As a bonus, the broker partners may provide additional assistance with additional insurance products such as Medicare, Supplemental and Life Insurance products so ask. At Wenatchee, we upload documents, notarize and do our best to assist our clients in effectively using healthcare.

November 09, 2019
Open Enrollment is November 1st through December 15th. Outside of that time frame, it requires a special documented reason.


We have been helping people enroll into plans on the Washington Healthplanfinder with out charging fees since the first Open Enrollment. Insurance is expensive and complicated. Not everyone has been trained by the Insurance Companies how their plans function nor went through the education and licensing for a Insurance Producer in Washington State.

Just as last year, there are a lot of little or no cost plans available. When I say a lot I mean that the people in charge of Healthcare.com (Centers for Medicare and Medicaid Services) put out a report stating 2/3 will be able to purchase a plan for $10 or less. An analysis Thursday from the consulting firm Avalere Health found that low-income residents in 96% of counties served by HealthCare.gov can find a basic "bronze" plan at no cost to them, factoring in subsidies. Bronze plans are skimpy, but experts sa…
Post a Comment
Read more

January 16, 2020
Hey, this is the 3rd year that we have been the Full Services Enrollment Center for the Washington Healthplanfinder. We don't charge a bunch of fees and you get access to extra services. Since it is tax season then you should know we help with 1095 Forms! Yes, we will print one out for you at our office if we are connected to your account.

Tax season is officially from January 27th to April 15, 2020. If you receive tax credits or Washington Apple Health then you need to file your taxes with the IRS. If it is not filed or filed incorrectly then the Healthcare Authority can revoke the tax credits. Yes, I have heard from more than one person that thought that they were saving money by not filing which created massive problems. The worst problems that I heard was they went the next year without healthcare!


If you are a tax professional then let me know and I will add you to this list. A person can be a paid tax return preparer as long as they have an IRS Preparer Tax Identification N…
Post a Comment
Read more